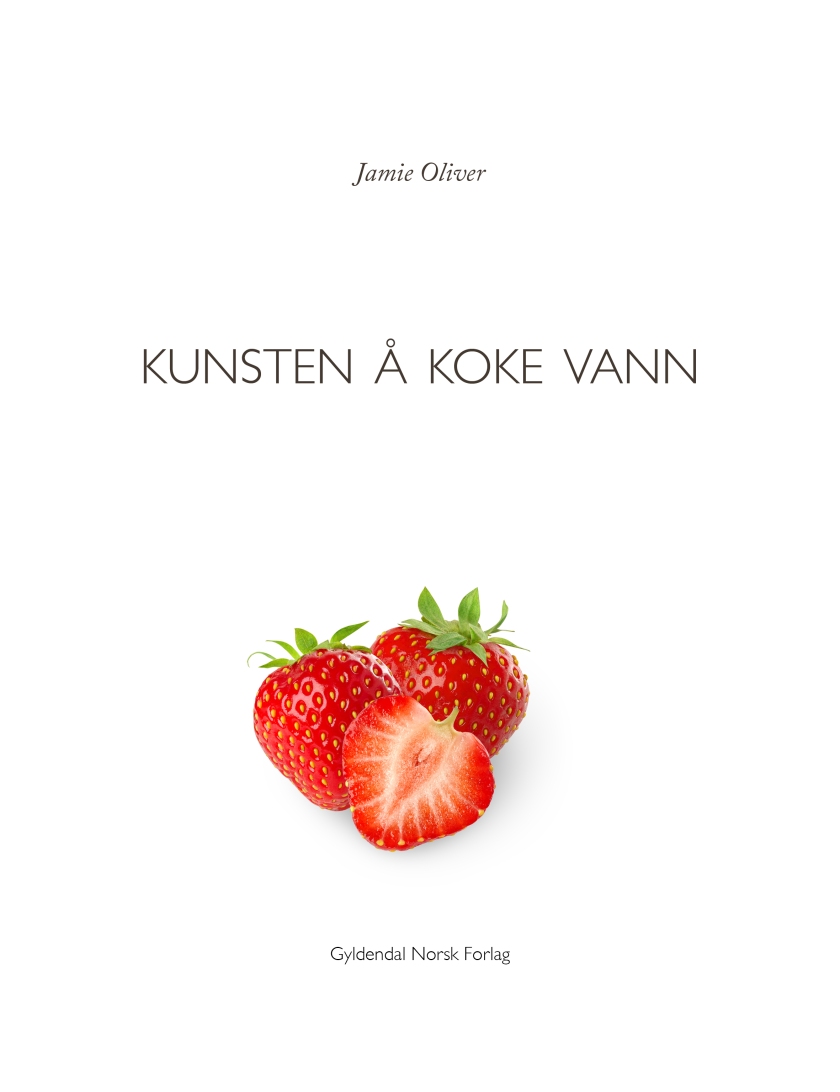 In this Assignment we were asked to design layout for a cookbook. The page format should be 200 mm wide by 260 mm high with 3 mm bleed. We should use two different fonts, one serif and one sans serif.
We received an attachment with text and pictures which the book should contain.

Interpretation of the task
We got to choose from Adobe Garamond, Adobe Caslon, Minion, Calluna, Calluna Sans, Gill Sans, Myriad and Museo. I decided to use Adobe Caslon and Gill Sans.
The book should have: Title Page, Imprint, Table of Contents, Foreword and four recipes – four spreads. In the attachment, there were five pictures, four of them were pictures of meals from recipes and one extra picture of strawberry.
Pictures should be placed on the left side and recipe on the right side.

Creative methods
I borrowed 4 different cookbook. They all have different sizes, layouts and design. I went through them and made notes of what I liked, then I compared the layout of these book to the theory from our school book “A Foundation Course for Graphic Designers Working in Print, Moving Image and Digital Media”. Surprisingly, some of them do not follow the basic principles of layout, such as margins.

Style/genre
I decided to make my book clear but colorful, stylish and interesting for a potencial reader. I wanted to encourage them to recipes included in the book.
Typography
I decided to use Adobe Caslon and Gill Sans, to combine Old-style serif typecase with a Modern sans serif one.
Usually I prefer serif fonts, especialy handwriting, but after comparing all of the fonts which we use I concluded that Gill Sans is very beautiful.

I chose Gill Sans because it is most geometric font, compare to the other two. I like its rounded letters, which make the text look simple, modern and easy to read.

Colours
To begin with, I was wrote the book title in a couple of colors.
Then I chose three out of them and tried in InDesign.

I was not satisfited, so I tried the Color Theme Tool to pick colors from pictures. I picked four colors, from four pictures which belongs to recipes and used them to make frames.

Also, the four colors were my theme for rest of the book, such as Foreword and Table of Contents.

Composition, layout, grid
Here I used the earlier mentioned school book as a reference. Basic principles of layout in Unit 2, Module 4, says that foot margin should be half of the head margin, and that fore edge should be twice size of back margin.
That is why I set my margins to:

The grid varies a bit from spread to spread. But I tried to be consistent.
Title box is in the middle on the top of the page, portion box is under the title to the right, the list of ingredients have 10 mm left indent and the instruction how to prepare a meal on the bottom. Any tips are located in a circle or in a box in between ingredients list and the instructions.

Here is my book: cookbook